Putting on my ‘High Caliber Huntress’ smile, my ‘first time hunter’ brain and my heart are at odds.

I have won a hunting trip.  Trip of a lifetime.  I’ve shot Benelli guns only in my dreams ~ they are known as incredibly (!!!) well made firearms.  (Still drooling.)  I’ll be wining and dining with many of my idols ~ pro shooters and a bevy of other strong women in the shooting industry….  I’ll be eating the most healthy and freshest food possible…  Oh yes, and I may even get 15 minutes of fame on the Outdoor Channel’s ‘The Fowl Life’ and Theresa Vails’ ‘Limitless’.

Here’s the thing:  I don’t know if I can take the shot. 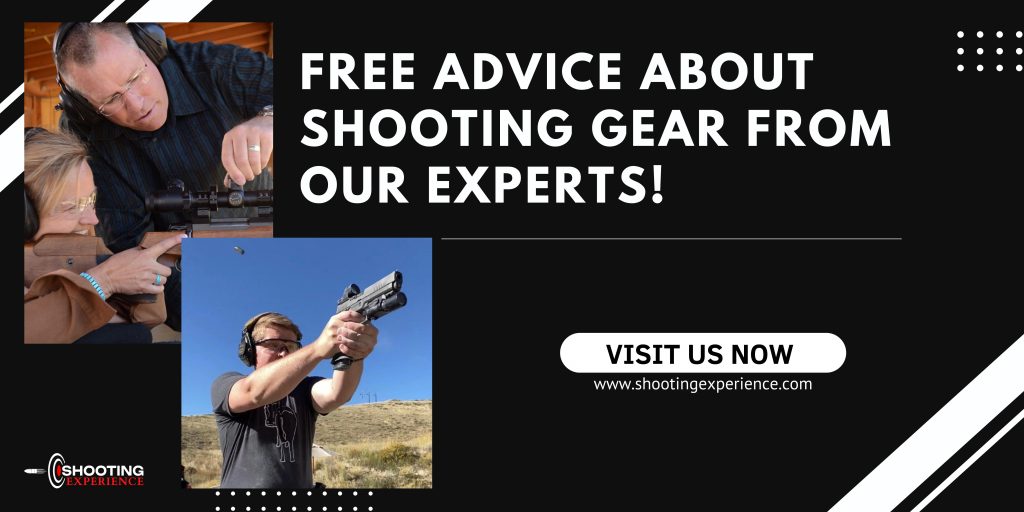 Overcoming a lifelong fear of guns to become a shooting enthusiast and instructor took guts.  Balls to the walls grit to turn tears into triumph.  I had my “ah-hah moment” several years ago when I realized it wasn’t the gun I was afraid of;  it was the bad guy behind the gun.

Jumped into an NRA Basic Pistol course to learn about the parts of the guns, the ammunition, and how it all worked together.  Loaded dummy rounds in the classroom.  My analytical mind was in heaven.

Walked onto the firing range five hours later.  Picked up a .22 caliber Ruger Mark III, and immediately I was in tears.

Trembling:  ‘bang’.  Yes, I do think my eyes were closed.

I was still breathing.

Third trigger press (eyes wide open) – whoa…  I’m shooting better than the guy next to me who’s been shooting on the farm for 60+ years:  ‘Oh yes, I can do this!!!  …And I want to teach other people how to do this’!

Turns out, like being a nurse in my ‘former life’, coaching women and families in the shooting sports is ridiculously rewarding.  Faced my fear, and am now in tears (in a GOOD way!) again when I help people overcome theirs.  As a woman, mom, wife, daughter, friend, coach and owner in two shooting businesses (Jackson Hole Shooting Experience and High Caliber Women), I’m serious about this on a lot of levels.

Which takes us to the upcoming HUNT.

I have never hunted, and I have never killed a live thing outside of the vegetable kingdom that didn’t die immediately from a swift strike of my flyswatter.  Some would suggest that I “man up” and get to killin’, but I am struggling.

These days, I have a healthy respect for the gun.

Not afraid of missing  (Lord KNOWS I’m capable of that, more often than not!!  😉 )

SOOOoo excited to meet like-minded women in my field.

Sort of wishing I could lose some pounds in a week before a tv appearance (I write, as I continue to eat my bacon).

I don’t know if I can take the shot!

Hear me:  I can take the shot to stop the threat from bad guy in a heartbeat.

What the hell did it do to me?

And it’s so beautiful!

If a goose mates for life, and I kill a goose, am I dooming a poor grieving widow goose to a life of celibacy?  If not, when will she end her mourning period and find a new goose dude?

As a ‘NAP’er (Non-Aggression Principle: paraphrased to mean ‘initiate no violence upon anybody in any manner…), I ponder why I should kill an animal – AND, with my own hands and in an intentional act, no less!?!

And why is it different for me when I buy the meat off the shelf in a grocery store?

(While respecting and appreciating people that scrub out motorcycle carburetors, do YOU want to get involved in the nastiness yourself?)

I recognize and fully believe in the conversational benefits of hunting, the health benefits of the meat itself, the stories of the hunt vs the kill, the hierarchy of man over beast, and the social structure of our modern environment…

And I have a feeling it will become a ‘technical’ challenge, rather than an emotional drain….

I think what keeps me moving forward toward this challenge is my understanding of human’s need to be generalists.  A human being should know how to hunt for a meal in the absence of a grocery or restaurant being as easy to access as we are spoiled with in our 1st world lives of 2015.

“A human being should be able to change a diaper, plan an invasion, butcher a hog, conn a ship, design a building, write a sonnet, balance accounts, build a wall, set a bone, comfort the dying, take orders, give orders, cooperate, act alone, solve equations, analyze a new problem, pitch manure, program a computer, cook a tasty meal, fight efficiently, die gallantly. Specialization is for insects.”   ― Robert A. Heinlein

About the author: Lynn used to be a scared-y-cat of all things firearms related, gave it a shot for herself just a few years ago, and now co-owns two shooting related businesses and loves to share her passion for the sport.  With her incredible husband. Shepard Humphries, friends, and 16 coaches, she revels in opportunities to share her love for the sport through the Jackson Hole Shooting Experience and High Caliber Women in #JacksonHole, Wyoming and beyond.  NRA Training Counselor, First time huntress & HCW Instructor Lynn stands at the ready for your input! 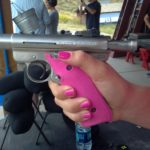 Learn Gun Safety ~ Even if you never intend to pull the trigger!